Netizens were yesterday shocked following an Instagram live video of once Uganda’s biggest femcee Keko who reappeared while in a sorry state.
Keko appears very lonely, depression with a pale and scaly skin.

Keko has. been one of the prominent hip hop and rappers in the Pearl of Africa, Uganda, with hit songs that made her sign with one of the biggest record labels “Sony Music World”

Fans has come out on the situation with lots of healing messages
“Keko is one artists who always delivered with zero mediocrity. Every song she touched was a hit and this was on an international level. It’s heartbreaking to see the state she is in right now and i wish we could do something to help her”
Former Manager to the singer, Shadrack Kuteesa has denied allegations that he’s the one who introduced Keko to drugs pinning a friend that is the one who introduced her to drugs,
Shadrack went on saying, it was her personal decision and it will be her personal decision to quit it.

Prayers to Keko May God intervene

Sheebah thanks and praises God in a new video "Mukama Yamba" 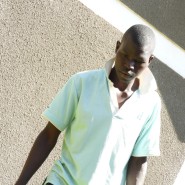 I don’t plan on going to war with Uganda, Kagame